How Am I Supposed to Hold This?

This question comes up a lot at weddings. Where and how should a bouquet be held? I've always told people when asked to hold it at waist level or slightly below, but it turns out there's more to bouquet etiquette than that. Here are some general guidelines (although nearly every rule is made to be broken at some point).

1. Bouquets should be held slightly below waist level. That's right, you don't want to cover up your waistline with the bouquet. You also want a slight bend in your elbows with space between your body and arms. However, a lot of this depends on the size of your bouquet. Large bouquets are going to cover part of your waistline no matter where you put them. Smaller bouquets like this bridesmaid's are going to be a lot easier to accomplish this with. 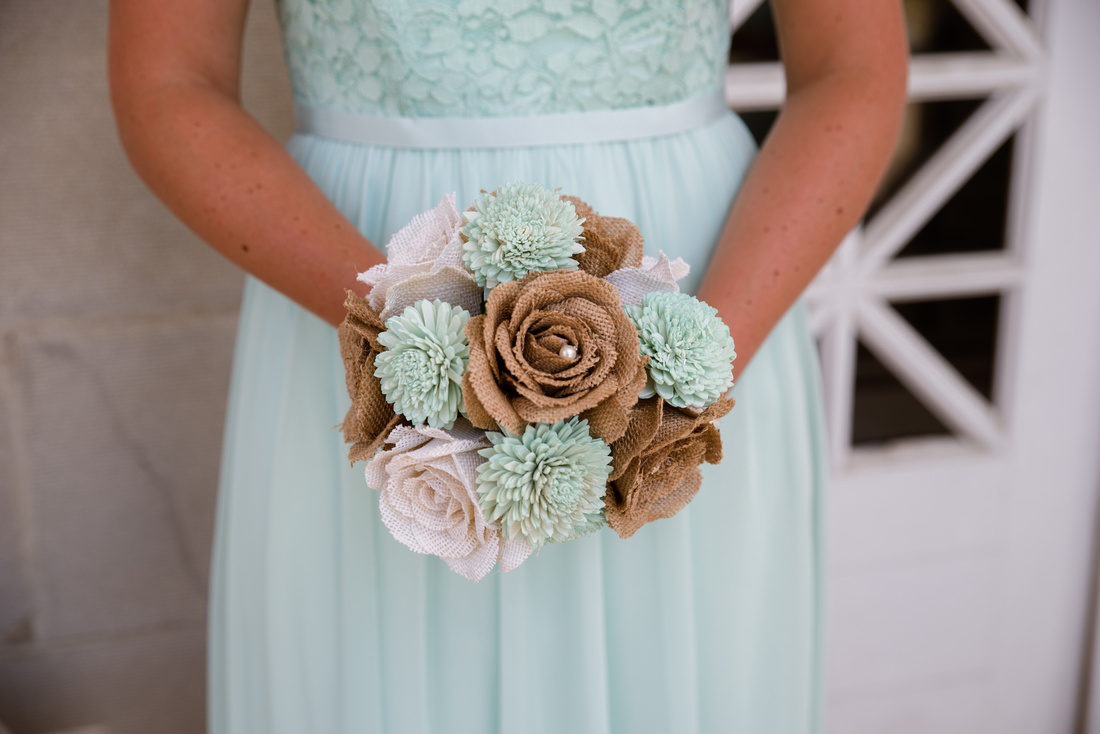 There are times to break this rule. Sometimes I like to vary the height of the bouquets when taking pictures of the bridesmaids. When a groom is a lot taller than the bride, holding the bouquet a little higher looks better. Sometimes the bouquet looks nice dropped by your side.

When it comes to bouquet rules, some people say that the bouquet shouldn't be wider than your waistline. But I think that really depends on the type of bouquet, because large, cascading arrangements can be larger that that and look beautiful. I've observed that smaller bouquets are really nice when you have a lot of details at the waist or textures in the skirt, because they don't distract from the pretty dress. Large bouquets look nice with simpler dresses, but you might want to think about how much it will weigh. You'll have to lug it around all day, and often brides are surprised by how heavy a bouquet actually is.

2. When you're taking pictures, flowers should be pointed towards the camera, with as little stem showing as possible. This also applies to sitting with flowers. There are exceptions to this as well, depending on stem length and shape of the bouquet. The longer the stem, the less you are able to angle flowers toward the camera. 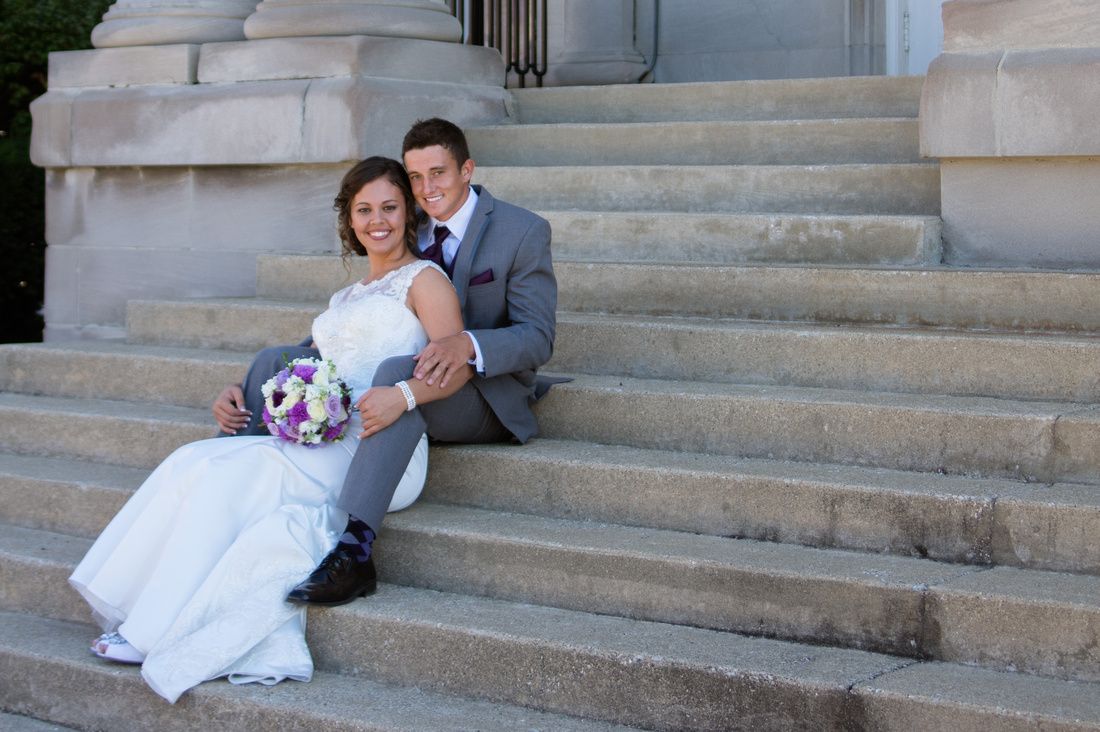 3. Hold your hands as high on the stem of the bouquet as possible. Minimizing hands as much as possible is also ideal when photographing bouquets to create simple lines and eliminate distractions, although it isn't always possible with smaller bouquets. Make sure your fingers are together around the stem, rather than spread out. This is where even seasoned photographers struggle, because most people aren't that conscious of where their hands are at all times. This isn't an absolute by any means, but it is good to think about when taking a picture where the bouquet is the focus. 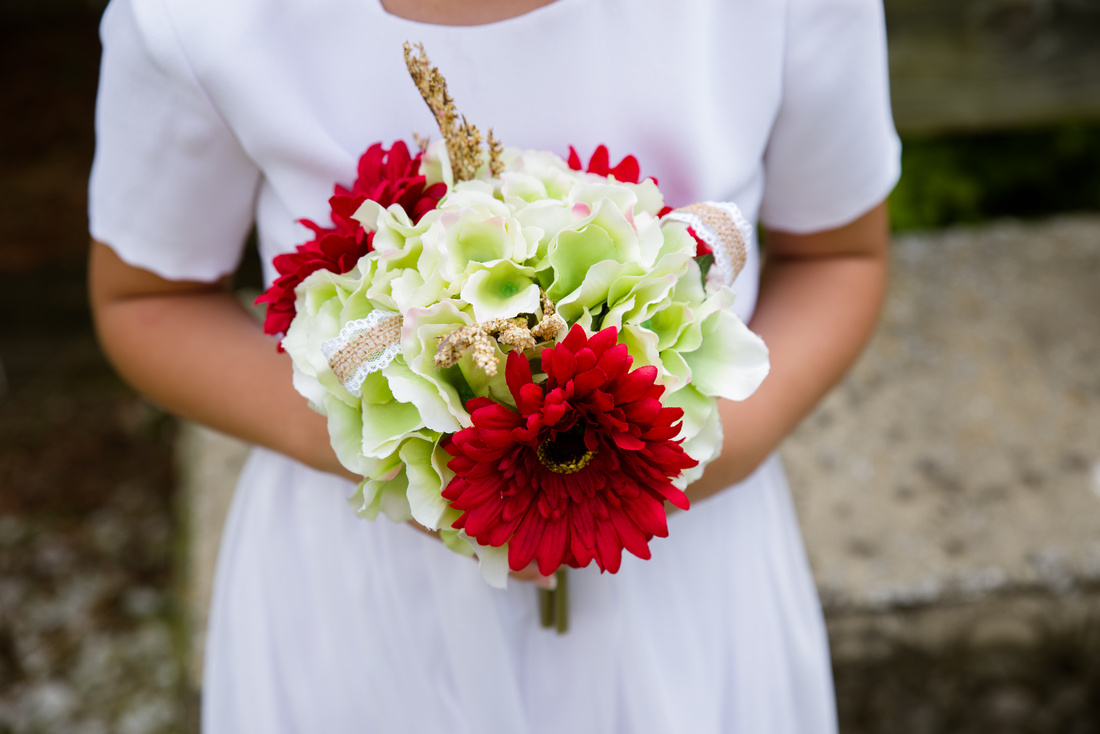 Is it a huge deal if your bouquet isn't properly positioned? No, in the end, most people are probably not paying attention to it. But, if you want your flowers to look their best for pictures, you might want to practice holding flowers ahead of the big day. During the wedding itself, you won't be pointing your flowers toward the camera, but you will still want to angle the stems slightly back toward you. Flowers do tend to creep upward when people are nervous, but that's okay. The flowers shouldn't be the top thing on everyone's minds anyway! 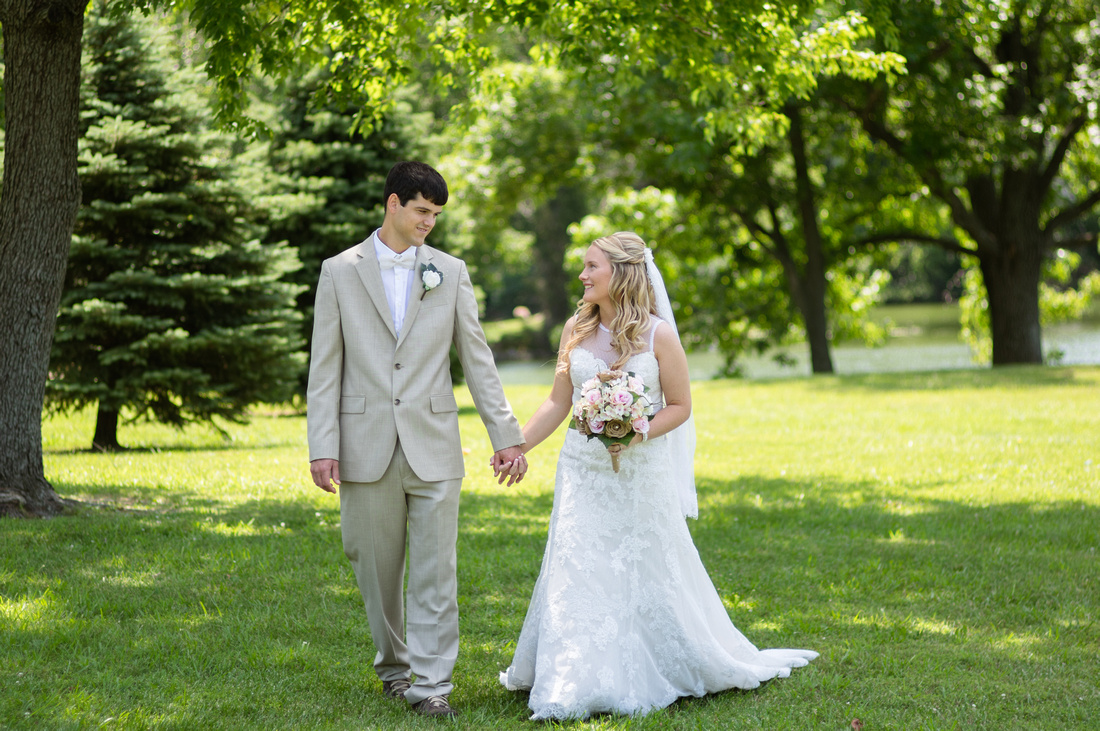 If you want a simple way to remember what to do, just think about pointing the stems toward your belly button. Bingo, problem solved. But don't stress over it. There are a lot more important things to be thinking about on your wedding day. I just wanted to mention this in case it's helpful to other photographers, brides, and bridesmaids!

Bonus tip: Make sure you credit your florist in the program, whether that's a friend, relative, or professional florist. There are a lot of different names to put on a program, and that's one that sometimes gets missed.